Though the national election has left us concerned about our climate future, the environment was a clear winner in LA with the passing of Measures M and Measure A providing expanded public transportation and safe park spaces for Angelenos.

LA is taking steps in the right direction to adapt and is supporting the right policies, but some people are asking, “What else can be done?”

In the face of ongoing drought and climate change impacts, TreePeople partnered with the National Resource Defense Council (NRDC) to co-author an issue brief sharing the importance of capturing stormwater to increase California’s local water supply. The brief, Rain to the Rescue, highlights how the rain is an obvious source but is often overlooked. However, we face immense climate challenges, so  as our state grapples with the realities of a hotter, drier today, we must consider “new” sources of water. 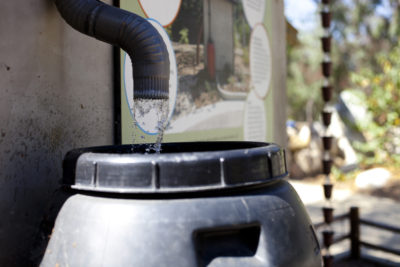 In 2015, Los Angeles completed its first ever Stormwater Capture Master Plan. The Plan identified the City’s long-term stormwater capture potential up to the year 2099 and outlined strategies through 2035 using an array of large and small projects. The Plan considers “conservative” and “aggressive” scenarios projecting how much water we could source.

The report discusses large volumes of water. So first, what is an acre-foot?

Acre-foot: volume equal to covering an acre of land in one foot deep of water. 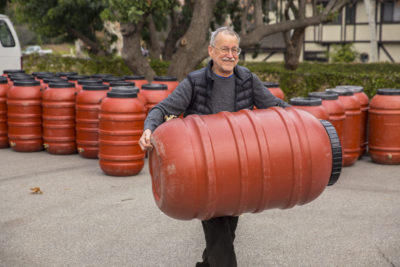 That is a lot of FREE, locally-sourced water! So much so, that captured water could account for roughly 30-45% of Los Angeles’ current demand. To put that into context– a family of four uses around 1/2 an acre-foot of water per year.

Our Director of Policy, Deborah Bloome, put it best:

“If the City of Los Angeles aggressively invested in capturing rainwater, it would not only drastically reduce the pollution running into our oceans and waterways, but the City could truly become more water-resilient.”

We need to focus on what we can do for the environment at the local and state level looking forward, so this is our moment to stand together. If we support the right leadership and policies, we can create a future where we not only survive the drought but become a water-resilient and thriving city.

Ready to take the next step? Join us at one of our volunteer events!

After graduating from Cal Poly San Luis Obispo with a degree in Forestry and Natural Resource Management, Caitlin discovered a passion for working in social media and marketing and eventually found her way to TreePeople. With her unique forestry and marketing background, Caitlin is now growing and thriving within TreePeople’s Yurt Village. She loves that she can bridge the gap between science and marketing and is at the frontlines of educating Angelenos on trees and how they can save LA.