Los Angeles is a very unique place with complex challenges when it comes to both water and climate. Moving toward a more climate-resilient LA is a complicated task with a multitude of paths towards a solution. Looking further into how water is used, either through landscape transformations or how water use will affect local temperatures in the future are a step in the right direction for LA. Thankfully, a study by Professor George Ban-Weiss from the USC Viterbi School of Engineering about how changing from traditional lawns to drought tolerant landscape could have an effect on temperatures in LA has been released to assess if changing to drought tolerant landscaping will change temperatures in LA. However, due to the intricacies of modeling and many variables involved this study focused on only a few basic scenarios.

The study by Ban-Weiss looks at two different landscape transformation scenarios and modeling existing conditions, for both of the scenarios irrigation was stopped completely in transformed landscapes. The first scenario was changing all residential lawns in LA out with drought tolerant landscaping. The second scenario involved changing all vegetated landscape throughout LA to drought tolerant landscaping. The control scenario reflected the average conditions in LA  where trees cover roughly two-thirds of the pervious landscape with the remainder as lawns and bare soil.The main variables that could account for changes in temperature is evapotranspiration: the process by which water is transferred from land to the atmosphere by evaporation from the soil and other surfaces and by transpiration from plants. Another key item to note is that irrigation causes a change in the thermodynamic properties of the soil, meaning that when plants and soil are watered additional heat gets trapped in the soil during the day and the soil holds on to that heat for longer during night time (think of how quickly it gets cold at night in the desert). The overall findings of the study are discussed below:

TreePeople is an advocate of creating a climate resilient LA by using water wisely on landscapes by transforming lawns into drought tolerant landscapes and also planting and watering trees. TreePeople is also investigating the possible impacts of increasing urban heat due to climate change on communities throughout Los Angeles. We view all of these priorities as being essential components of a vibrant, sustainable, climate-resilient LA — however, there are many complexities in balancing water use for landscaping and the urban forest, reducing urban heat impacts,  and conserving water for other uses. TreePeople looks forward to continually assessing best practices for a more climate resilient LA. 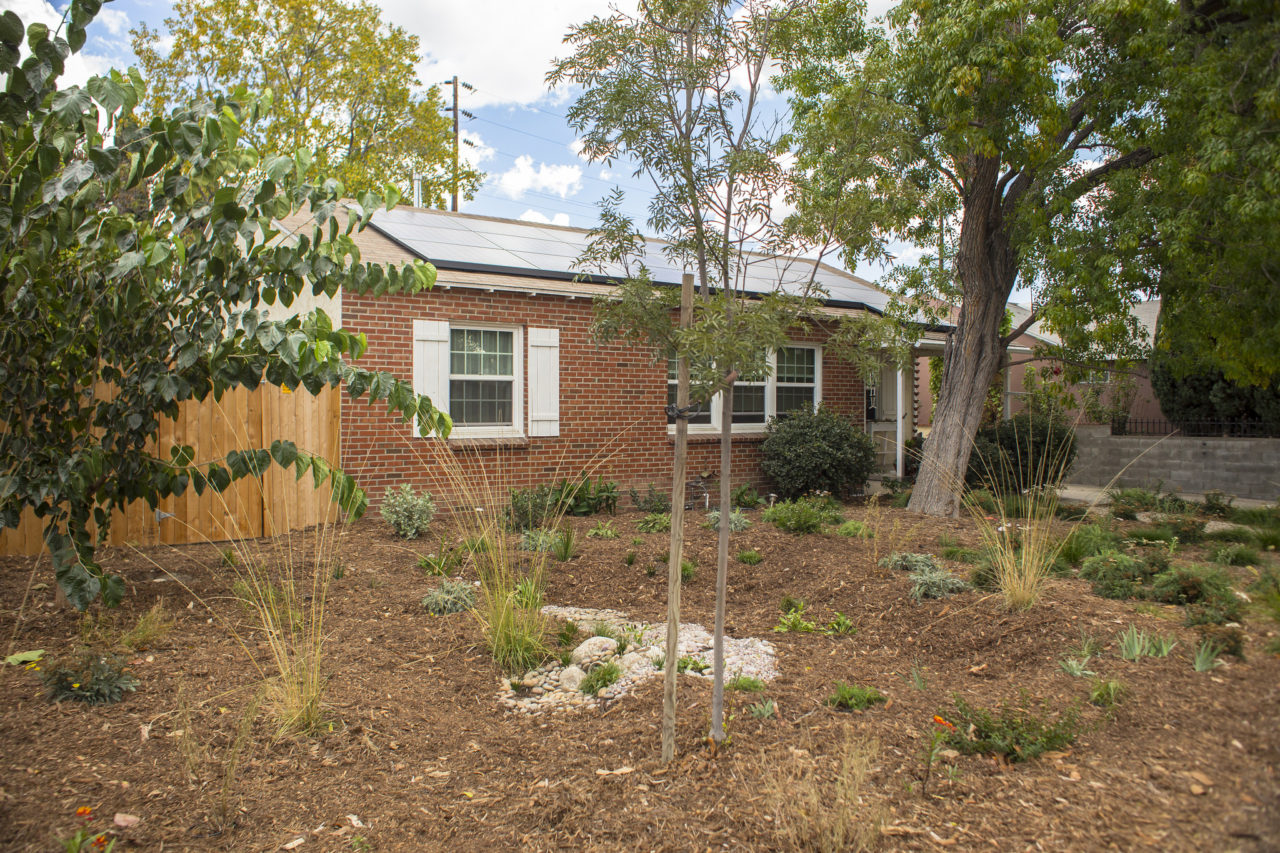 Gina Palino is TreePeople’s Technical Associate and comes from the water resource engineering field. Gina’s passion is bringing eco-system based water management infrastructure to the urban environment. When she isn’t researching urban water resiliency strategies she enjoys gardening, yoga and cooking meals with local produce from the farmers market.