“Flat is so passe…until 1825 it was seldom, if in any year, that the river discharged even during the rainy season its waters into the sea. Instead of having a river way to the sea, the waters spread over the country, filling the depressions in the surface and forming lakes, ponds and marshes. The river water, if any, that reached the ocean drained off from the land at so many places, and in such small volumes, that no channel existed until the flood of 1825, which, by cutting a river way to tide water, drained the marsh land and caused the forests to disappear.”

Los Angeles has always been set in a dynamic landscape, with steep, erosive mountains and a river that spread as the land allowed it.  We live in a place that used to be able to move and shift. In Colonel Warner’s description of the LA landscape we learn that our city was once full of contour that served very important functions. The natural rise and fall of the land controlled the rains that fell. The land’s contour also allowed water to linger in our for a long time and drain slowly back into the earth. This water filled our underground aquifers, made the soil rich and fertile, helped trees  grow and allowed life to flourish. It also kept the city much cooler than the dry, compacted soil and hot pavement that makes up much of our  cityscape today.

As our population expanded, we paved over, leveled and flattened out many of the areas where water might collect. Now, many of our yards are graded to send water straight to the street. As a result, every time it rains, massive amounts of water that could be put to good use watering our trees and plants runs off of paved surfaces right to the ocean, picking up trash and pollution along the way.

The good news is adding contour back to the land is easy and we can all do it at home! Swales, berms, rain gardens and other water harvesting techniques are simple solutions that you can use on your property to keep water on site for your trees, plants and gardens.

Swales are depressions in your landscape built to move water away from your home while allowing for infiltration. 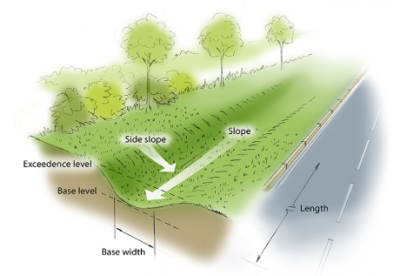 Berms are raised sections of landscape that act like speed bumps, slowing water down in your landscape. 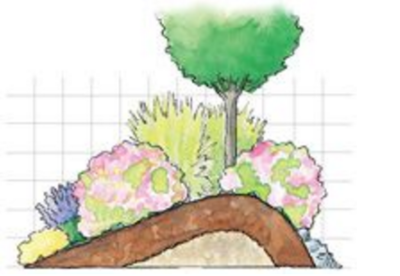 To learn more about how you can transform your yard into a water-wise landscape, visit treepeople.org/yards for detailed guides, explainers and tips.

Lisa Cahill first began her work with TreePeople as a volunteer Citizen Forester. She currently serves on the board of directors for the reDiscover Center, continues to volunteer as a Citizen Forester, has been on the Mar Vista Green Garden Tour and serves on several green committees at her church and children's schools. She most enjoys working in the garden with her husband, watching her children and vegetables grow.