Each year we look forward to late September, when we rally a hearty group of volunteers to celebrate National Park Lands Day. The day was established to unite people from all over the country to promote the protection of public lands.

Here at TreePeople, we were excited to be one of over 2,500 sites in participation—with a focus on our restoration of the Santa Monica Mountains. Initially, our Wildlands Restoration Manager, Cody Chappel, had planned to coordinate 70 volunteers to remove abandoned junk—couches, appliances, fencing, and more!—left behind by squatters, decades ago near Topanga Canyon.

The worst part? Past residents constructed a giant wall,  forcing the natural creek out its flood plain, and impacting the path for local steelhead trout to reconnect to their ocean home. With a large El Niño headed our way, restoring the creek’s flood plain was a crucial step to protecting the steelheads’ journey—which have been stranded upstream for up to four years! 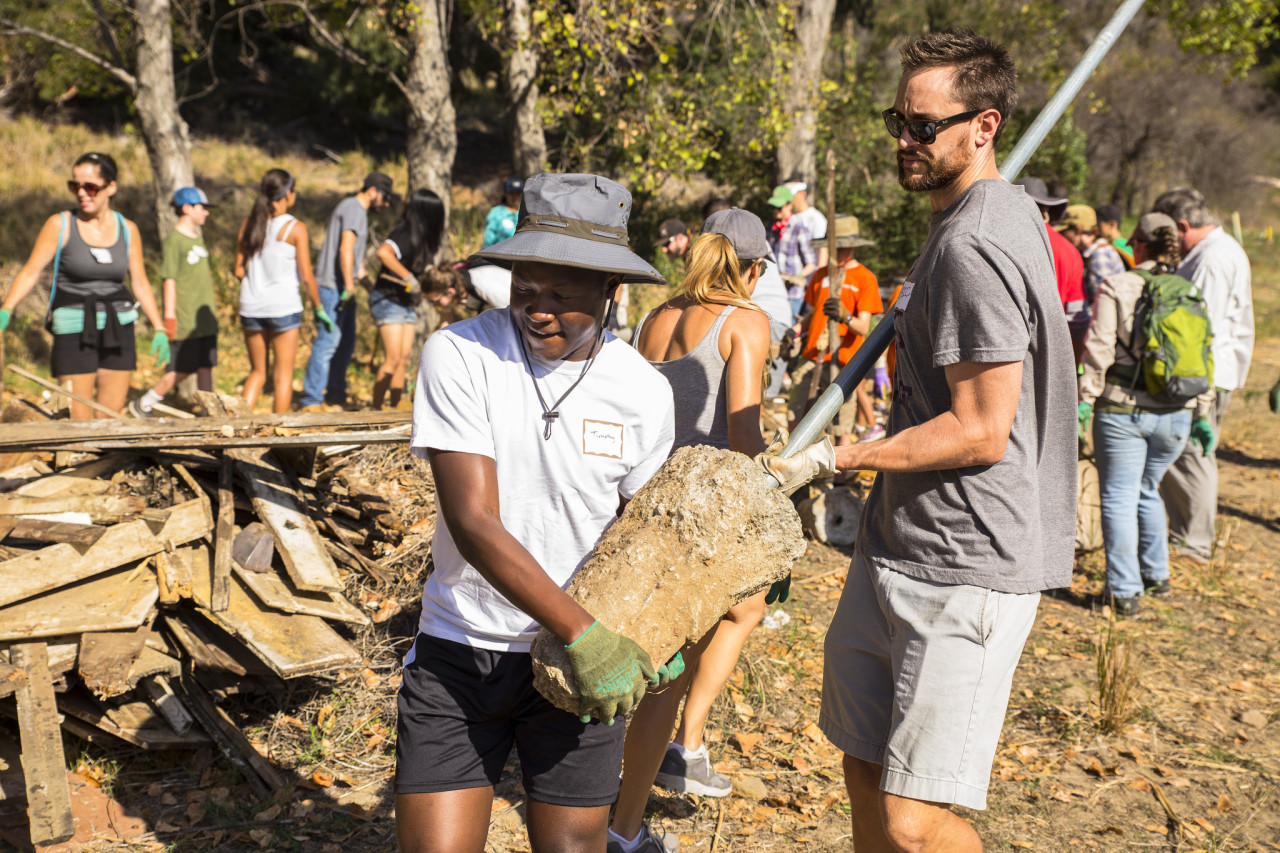 However, when the day rolled around, State Parks decided to surprised us. They arrived with wheel barrows, a giant dumpster, tractors, and the best part: 250 UCLA volunteers. More than enough resources to help us clear the pathway with ease!

“I was in total shock,” said Chappel. After hauling out the bigger items, the nearly 300 volunteers formed a human chain two-thirds of a mile long. They passed debris from person to person. By the end of the day, they had nearly filled the entire dumpster. 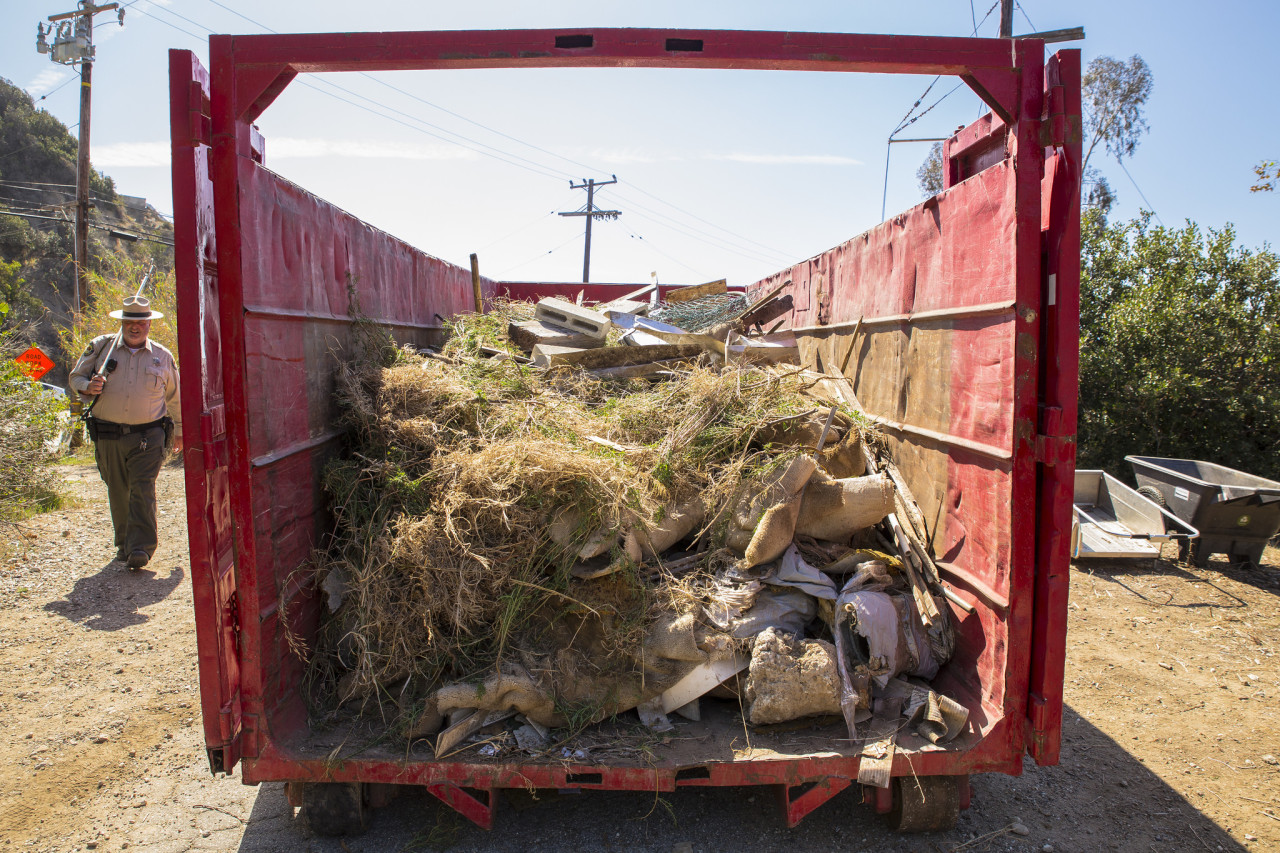 In fact, we were so over-staffed that teams were also able to move invasive weeds to prepare the land for natives this planting season.

A massive THANK YOU! to the California State Parks Department for this incredible surprise, to all of the UCLA students who participated, and of course, our faithful TreePeople volunteers. Amazing work!

It’s planting season! Help us reforest in the Angeles National Forest and Santa Monica Mountains. Sign up to volunteer with TreePeople today. Opportunities in are available every week.