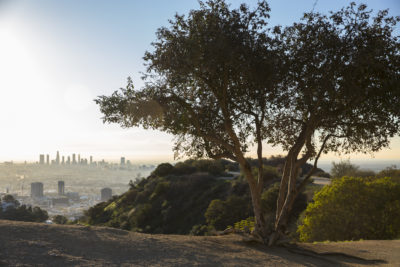 k someoneto describe the four seasons (and I’m not talking about Vivaldi’s music or the hotel), you’ll most likely hear that fall is when plants slow down and begin to drop their leaves (if they’re deciduous), winter is when they sleep, spring is all about new growth, and summer is a burst of color. Then they say, “but we don’t really have seasons in L.A.”

Ah, but we do have seasons here. The earth travels around the sun on its tilted axis, giving us seasons. Our day length changes throughout the year, and we’re coming upon the autumnal equinox, marking the first day of autumn on September 22.

However, Southern California’s seasons present themselves differently with our native plants. It’s as if our seasons have turned upside down. In summer, many native plants have evolved to go dormant to avoid the 6 to 9 rainless months and hot temperatures. In late fall, temperatures drop, rains begin, and new growth pushes out buds. Winter is a time of continued growth, blooming begins on manzanita, ceanothus and western redbuds. Spring is bloom, bloom, bloom, especially for our annuals and perennials such as our state flower, the California poppy. And just to throw you, there are some southern California natives that do drop their leaves in fall.

What they all have in common is that our native plants have evolved to our climate. Therefore, they expect to get their water from rain from late fall to early spring. Not in summer. This syncs up nicely when we have little water to spare and watering restrictions are in place.

Most of the California coast (and down to Baja) is one of five areas on earth with a Mediterranean Climate. The other areas are the coast of Chile, southern Africa, south and southwest Australia, and the Mediterranean basin. Since the Mediterranean basin is the largest area, they got dibs on the naming rights for the climate. This climate has long, hot, dry summers (6 to 9 months without rain!) and cool, moist winters. These climates are along the western coasts of their continents, are influenced by cold-water oceans offshore, and are between 30 and 40 degrees north and south of the equator.

Even though Los Angeles is rainless for months, it is not a desert. Our deserts (e.g. Joshua Tree and Mojave) receive about 3-4” of rain annually, some of it in the summer. Plus these deserts are not near the coast. Los Angeles, on the other hand, receives three to four times as much rain- about 12” to 15” annually (unless we’re in a drought). This rain supports many plant communities such as chaparral, coastal sage scrub, oak and walnut woodland, riparian, salt marsh and more, but not desert.