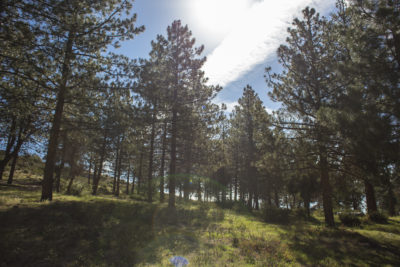 California has once again proven itself to be a national and world leader on climate, with several important actions taking place in the past few weeks:

On August 27, the State released California’s Fourth Climate Change Assessment, a series of reports and tools that advance actionable science. The assessment represents the latest data on climate impacts and adaptation at the state and local levels. It also highlights areas including climate justice, tribal and indigenous communities, and ocean and coastalareas. The Los Angeles Region Report, which TreePeople peer-reviewed, shares sobering but critical information for decision-makers:

How climate change will continue to impact California partially depends on choices we collectively make regarding energy and transportation emissions. Will we continue with “business as usual”? Or will we go on a carbon diet, curb emissions, and usher in an era of clean and efficient energy?

Another landmark climate action in California is attempting to put us on the latter path:

Two important gatherings also occurred recently. The biennial California Adaptation Forum was held in Sacramento August 27-29, hosting hundreds of people from the adaptation community to move from planning for the effects of climate change to taking action to adapt to those effects. That same week, Nobel Peace Prize laureate and former Vice President Al Gore with his organization The Climate Reality Project held a climate leaders’ training in the LA Convention Center for more than 2,000 people from 50 countries. TreePeople is proud to have sent two of our staff who are now trained to deliver an updated version of Mr. Gore’s impactful presentation, as featured in the film An Inconvenient Truth. Additionally, the Global Climate Action Summit was held in San Francisco on September 12-14. It brought global leaders together to “Take Ambition to the Next Level,” which was a moment to celebrate the extraordinary achievements of states, regions, cities, companies, investors, and citizens with respect to climate action.

With such decisive actions on climate taking place in our state, it’s a great time be a Californian.