They say some like it hot, but as the first significant heat wave of the season hits this week, many Angelenos will wish it was winter.

According to the Centers for Disease Control and Prevention, each year extreme heat causes more deaths in the United States than all other weather-related causes combined. In LA, the average five-day heat wave results in 4.1% more deaths than cooler weather on the first day, and 11.9% more on the fifth day.

Realistically, the coming heat event will result in some Angelenos going to the emergency room…and others dying at home. 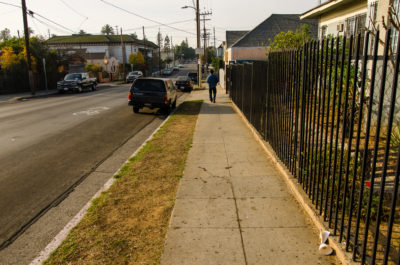 Extreme heat does not just cause heat exhaustion or heat stroke. Many chronic medical conditions are exacerbated, and the situation worsens the longer a heat wave lasts – especially when there is little relief at night, as is expected Friday night.

The human body has to work hard to keep you cool under these conditions, and the task becomes very difficult when the body is unable to take a break at night. Our elderly and under-resourced communities are at the highest risk – due to a combination of living in neighborhoods with less tree canopy cover, limited access to air conditioning, and housing with poor insulation.

What to do when the temps rise this weekend.

Self-protection is key. Drink plenty of water, avoid strenuous activities, and reduce time spent in the sun. Spend time in air-conditioned spaces such as the library, the movie theater, or the mall – or seek shelter in one of LA County’s cooling centers. Importantly, do not direct the electric fans toward yourself when the room temperature is hotter than 90 deg F, as the air will dehydrate you faster and endanger your health.

And don’t forget about the people around you.

“The best thing people can do once they have protected themselves and their families is to check on their neighbors — especially neighbors who are living alone and may not be using air conditioning even if they have it,” says Dr. David Eisenman, Director of the UCLA Center for Public Health & Disasters, and researcher with the Los Angeles Urban Cooling Collaborative.

Fortunately, this will be a relatively short heat wave, but the heat will be extreme and self-protection will be important to keep people safe.

How we can save people from future extreme heat. 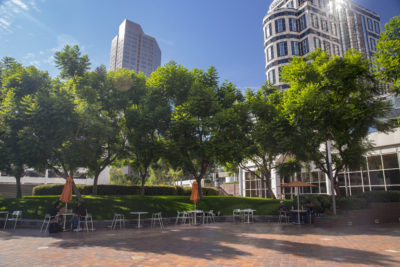 LA can be a leader in decreasing heat risk and heat-related death while creating a cooler urban environment for all Angelenos.

TreePeople leads the Los Angeles Urban Cooling Collaborative (LAUCC), a research and implementation partnership focused on reducing urban temperatures and associated public health risks by increasing tree cover and reflective surfaces, including roof and pavements. With funding for the U.S. Forest Service and Harvard-Westlake School, LAUCC is determining the number of lives that could be saved if LA were to adopt progressive policies and programs to cool and green the city.

Initial findings show that an increase in tree canopy, cool roofs and cool pavements could potentially reduce heat-related deaths by more than 25%, meaning we could save 1 in 4 lives from being lost to extreme heat – a significant number when we consider that some heat waves in LA can claim dozens of lives.

Want to learn how you can get involved and save Angelenos from extreme heat? Head to our LAUCC page to find out more.