“You have to give props to your mom!’ says Dan McDonnell, one of TreePeople’s most committed Volunteer Supervisors. For him, family camping trips coordinated by his mother were the root of his love for the outdoors. As he grew up, camping evolved into backpacking excursions. Backpacking morphed into climbing in Yosemite.

Clearly, such a love for nature paved the way for a career in education, as a high school biology and environmental science educator. Dan is currently in his 29th year of teaching with the Los Angeles Unified School District. 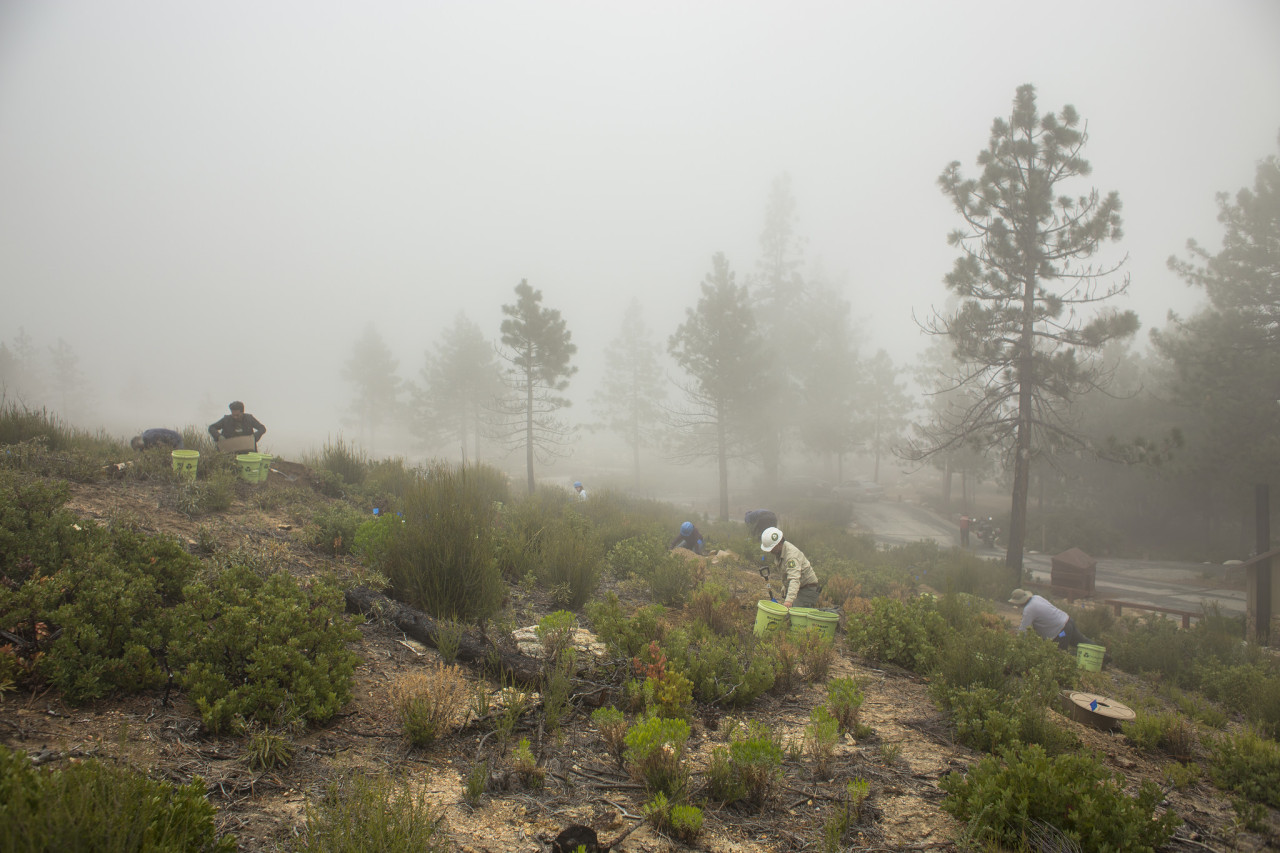 When he isn’t teaching his students to appreciate the world around us, Dan serves as a liaison between TreePeople and the Forest Service.

His involvement with TreePeople began about 16 years ago, teaching kids about water conservation as part of TreePeople’s Generation Earth program. After several years, Dan switched gears to take part in reforesting the Angeles National Forest. Dan was so committed, in fact, that he took up the role of Volunteer Supervisor–often spending entire weekends leading other volunteers in projects to heal fire-damaged forest groves. 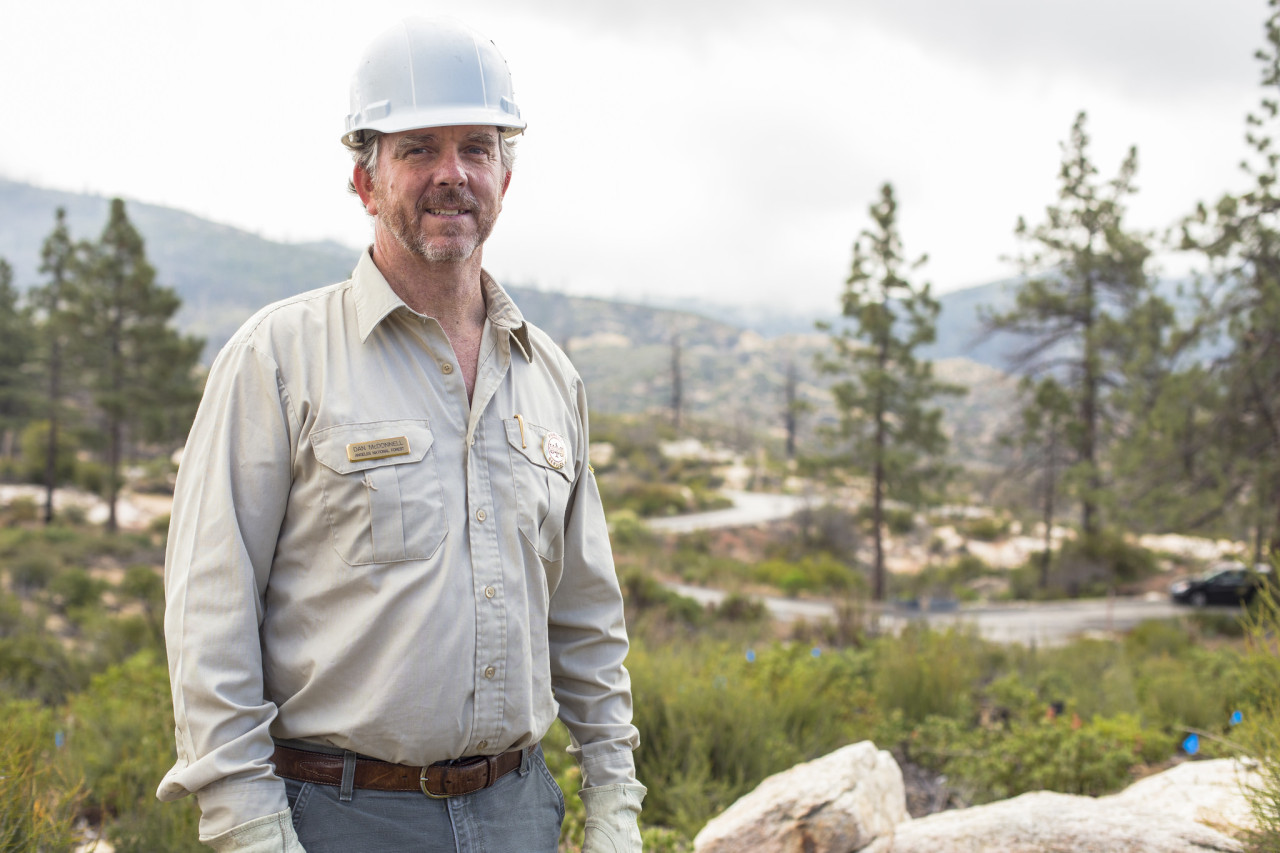 When TreePeople was forced to temporarily disband planting projects in 2013, due to the drought’s severity, Dan began volunteering with the Forest Service. As TreePeople started to schedule plantings again, Dan knew he had a unique role to play–uniting these two forces, for the benefit of LA’s green and healthy mountain watershed.

“I really enjoy doing restoration in the burn zones, but it’s not what I enjoy most,” Dan explained. To him, it’s all about community empowerment. “I enjoy giving people the opportunity to do something, to be involved in their city.” 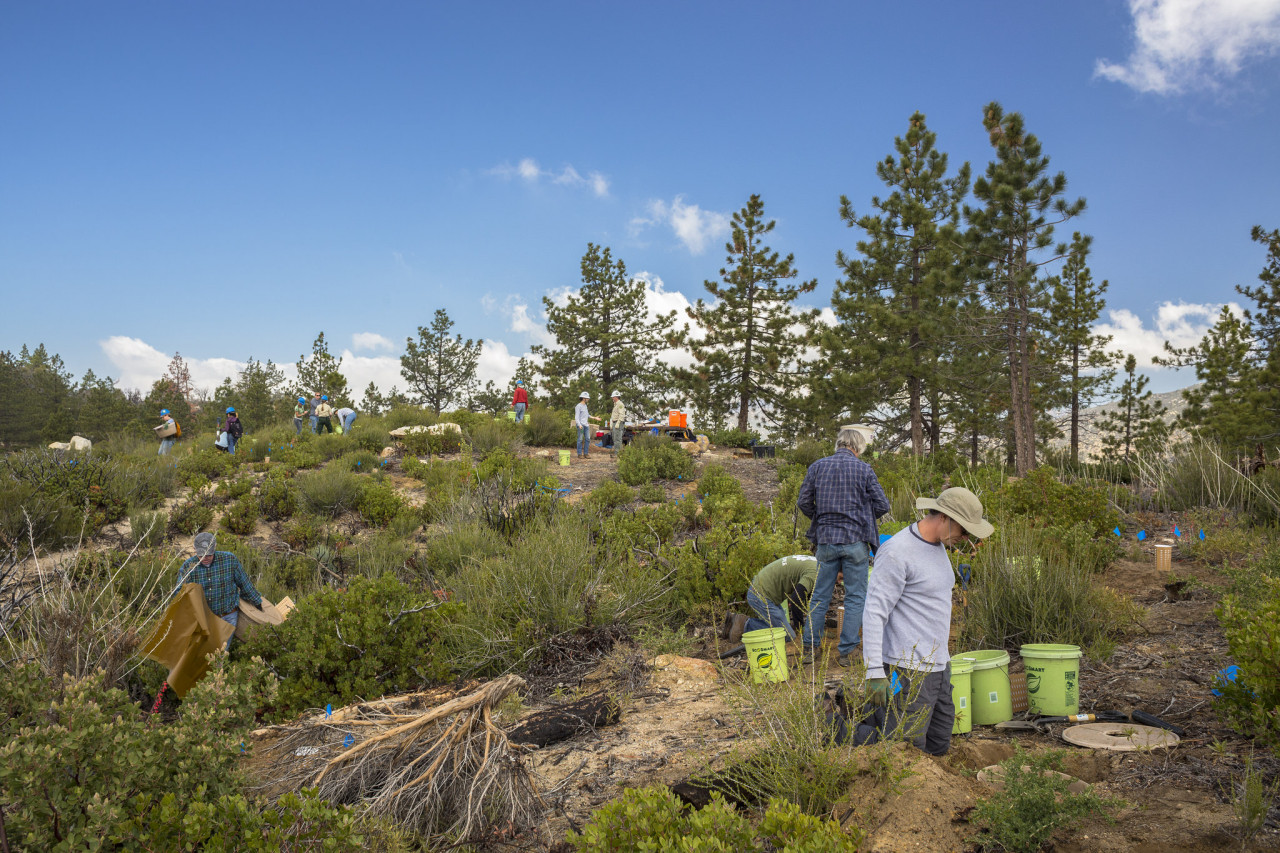 We couldn’t agree more! We’re so thankful for dedicated volunteers like Dan, and the impact they’re having on Los Angeles. Thinking about getting involved? “Just scratch a day out!” Dan says. “Come volunteer. You’ll be done by 1:00, and then you can spend the whole day up there!”

It’s planting season! We have plenty of upcoming opportunities in the Angeles and Santa Monica Mountains. To find an upcoming event, please visit our calendar to register as a volunteer. Interested in becoming a Volunteer Supervisor like Dan? Sign up for our training on November 8th.