“For me and for my family, TreePeople has changed everything.”

Coming from Cristina Basurto, TreePeople’s Huntington Park Regional Manager, this statement speaks volumes. Her involvement with TreePeople started about 10 years ago, when her friend Rosa—a staff member—encouraged her to get involved. 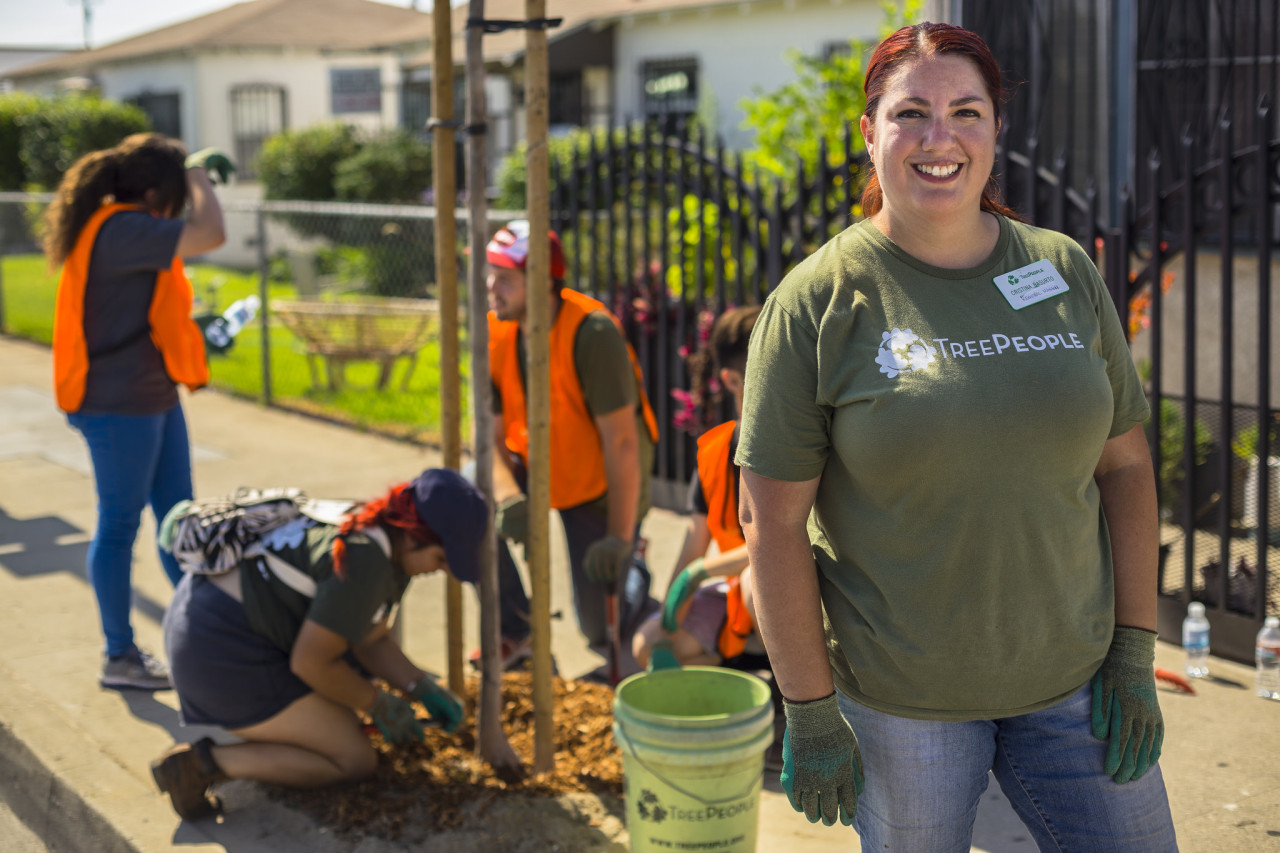 At first, Cristina was hesitant. Her family was dealing with monumental challenges, as two out of three of her children had been diagnosed with autism.

“Doctors told us Samuel would never speak. They said he would need to be institutionalized by his 18th birthday,” Cristina said, regarding her oldest son.

However, they took a risk. The whole Basurto family rallied to volunteer at a tree care event. Surprisingly, Samuel, who was almost completely nonverbal, became curious about his surroundings, playing with sticks and closely examining leaves. On the car ride home, everything changed. Samuel opened up. From the backseat of the car, he began to describe his entire experience—the bugs, the smells, the texture of the plants. Cristina and her husband, Ruben, were stunned. Had nature given their child a means to express himself?

The family continued to volunteer at TreePeople events. Each time, Samuel became more enthusiastic. For Cristina, the car rides home were miraculous.

“It was the most he would talk,” she said. Tree care was giving her sons a chance to connect, not only with nature, but with others.

Seeing such positive results, the Basurto family became more involved. The family gathered to volunteer every weekend, sometimes multiple days per week. Today, each of her children has several hundred volunteer hours recorded. The family, as a whole, has contributed hundreds of hours toward a sustainable LA. In fact, at TreePeople’s 2010 annual gala, A Night Under the Harvest Moon, the Basurto family was honored as Volunteer Family of the Year.

Getting Involved at Home

Today, Cristina focuses her professional energy on Huntington Park, where she’s lived for more than 30 years. She’s distributed fruit trees, led the community in tree care events, and hosted workshops on pest management and pruning. Her work has made her a leader in her community.

“People will stop me in our neighborhood to tell me their trees are flowering!” She said, with a laugh. She enjoys it, though. She finds fulfillment in giving her community a chance to beautify their neighborhood.

“Huntington Park is mostly Latino,” she said. “They are proud to be growing food right in their backyard, and that their community has shaded places to gather and celebrate.”

The Basurto family has had such an impact, in fact, that it’s even gained recognition from the Mayor—who recently surprised Cristina with a team of volunteers at a recent event. With so many hands on deck, they were able to care for 14 chitalpa trees! 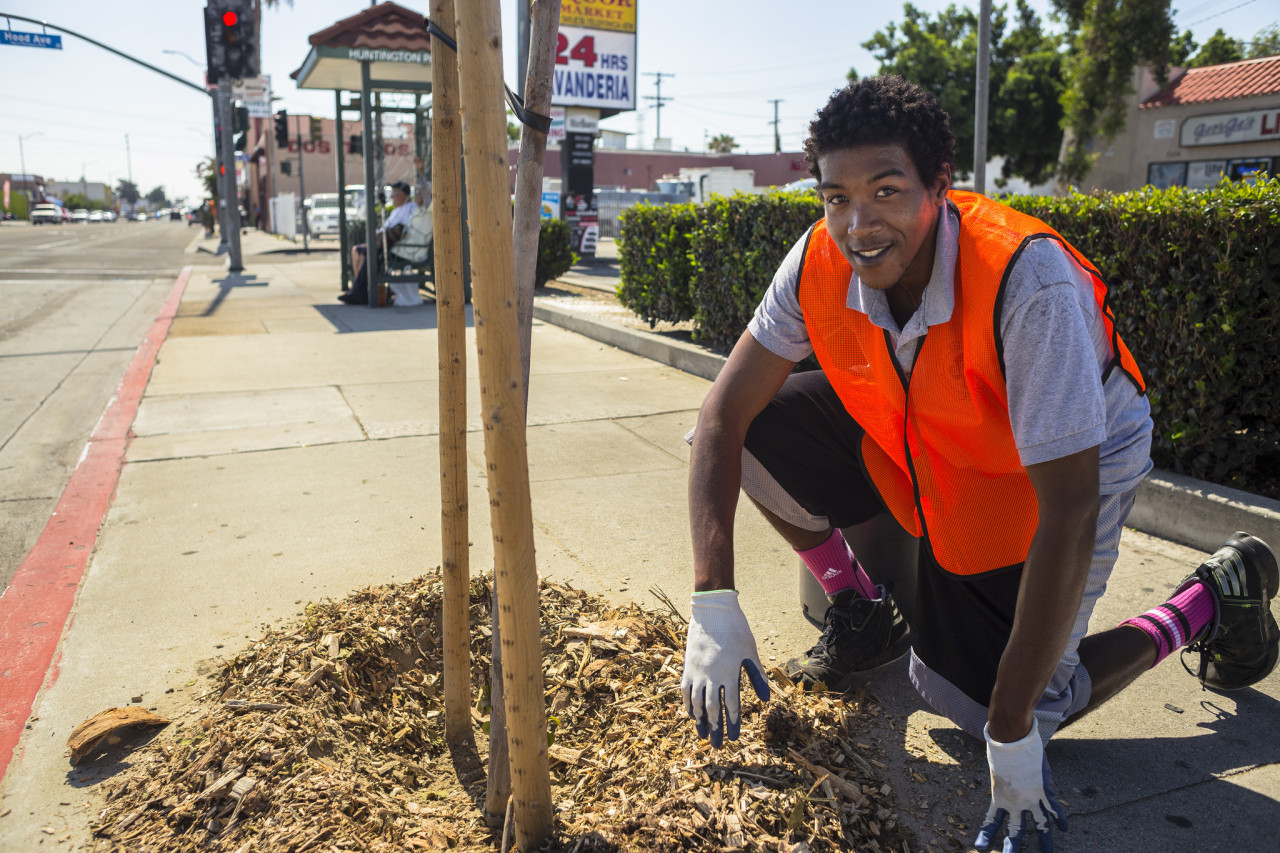 “I’m falling in love with my city more and more each day,” Cristina said.

We’re in love, too! Cristina’s story reminds us that just one person can make a monumental difference! 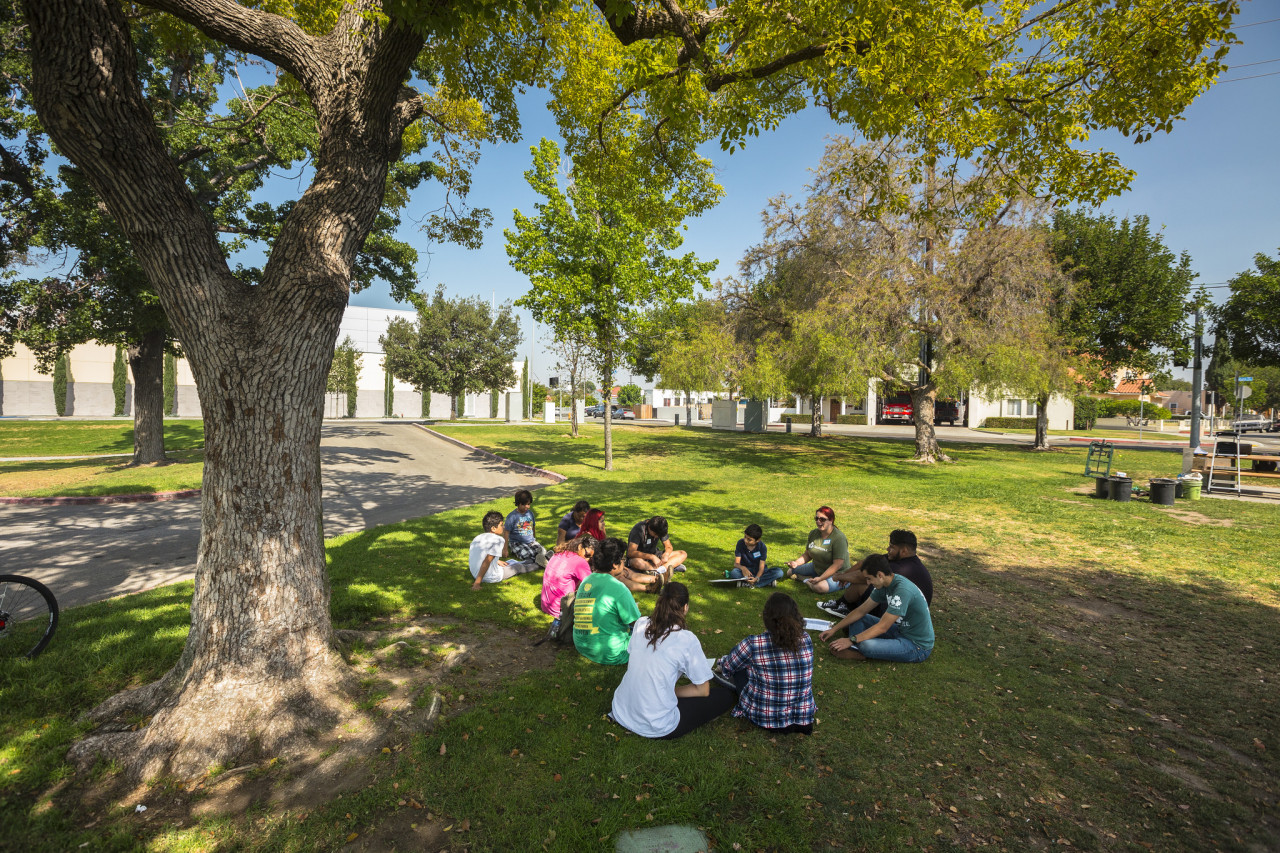 You can make a difference, too! Visit our website to find ways to be empowered to be an influencer in your neighborhood!